This month I was attending the Berlinale film festival closing night. And now we accept the new situation and change habits, but one good news is that cities, museums, mountains and the beaches will still be there.

When I moved to Berlin, I discovered the city by neighborhoods. After Tiergarten, now I wrote down some moments spend in Berlin Mitte and ideas for basics: sightseeing, music, shopping, food and coffee.

Mitte means middle and is considered today downtown of Berlin, but for almost 30 years was divided between East and West Berlin.

Berlin has an important heritage from the Prussian Empire, and many cultural monuments are located in Mitte: Brandenburg Gate, Reichstag, TV Tower, Bebelplatz with Humboldt University, just to name a few (because the list is very long).

Reichstag building is the seat of German Parliament (Bundestag) and it can be visited for free, only registration is required at least a day in advance online. I recommend to spend the afternoon or evening visiting the building with its famous glass dome, where I took the below picture at sunset.

Hackescher Höfe is a complex of 8 interconnected courtyards, designed in Art Nouveau and filled with small boutiques and galleries. But also a cinema, a theater and a even a yoga studio.

In Bebelplatz you can admire Hedwig Cathedral and the Humboldt University, catch a concert at State Opera Unter den Linden and go the rooftop of the Hotel de Rome.

Mitte is the home also of the Kulturforum, of Berlin Dom and of unique Museum Island – a must – even just for sightseeing.

The Berlin concert hall (Konzerthaus) is located at the historic square called Gendarmenmarkt and is flanked in perfect symmetry by the French Cathedral (Französischer Dom) and the German Cathedral (Deutscher Dom).

An important word, Kaufhaus means “department store”, that could include libraries, fashion shops, furniture, restaurants and so on.

Only 5 minutes away from Konzerthaus, Galleries Lafayette Berlin is “Kaufhaus” in Friedrichstrasse, from Paris with love, and part of “Quartier 207”, a complex of shopping centers and offices interconnected though galleries. I personally like the “Gastronomie” floor with restaurants, macaroons, strong coffee and a French bookstore nearby.

If you are in doubt where to start for sightseeing or shopping, Friedrichstrasse and Unter den Linden boulevard are the answer.

I have been living for almost a year in Berlin, but I think I would need years to become an expert in the food scene and third wave coffee places in this huge & cool city. So I will only give my amateur impression. My top from Mitte, not in order:

1. Father Carpenter – is hidden in a courtyard, typical for Berlin, but very beautiful 📌Münzstraße 21, 2. Hinterhof

2. Five Elephant in Mitte is the smaller child of the Roastery in Kreuzberg. The coffee is delicious, and I find the little coffee in Mitte more cozy and friendly. The online shop is also available 📌Alte Schönhauser 14

3. The Barn Coffee Roasters is very famous in Berlin (for a reason), with a minimalistic interior and with coffee environentally sourced. I remembered they organized interesting events during the Coffee Festival last year 📌Auguststraße 58, 10119 and 📌Neue Schönhauser Strasse 12

Brammibal’s at Potsdamer Platz Arkaden – plant based donuts are always my go-to. Free of any artificial product and delicious. I am not vegan and donuts are not my favorite dessert, and still, I always return to the Banoffee, Esspresso and Lemon Curd ones :). 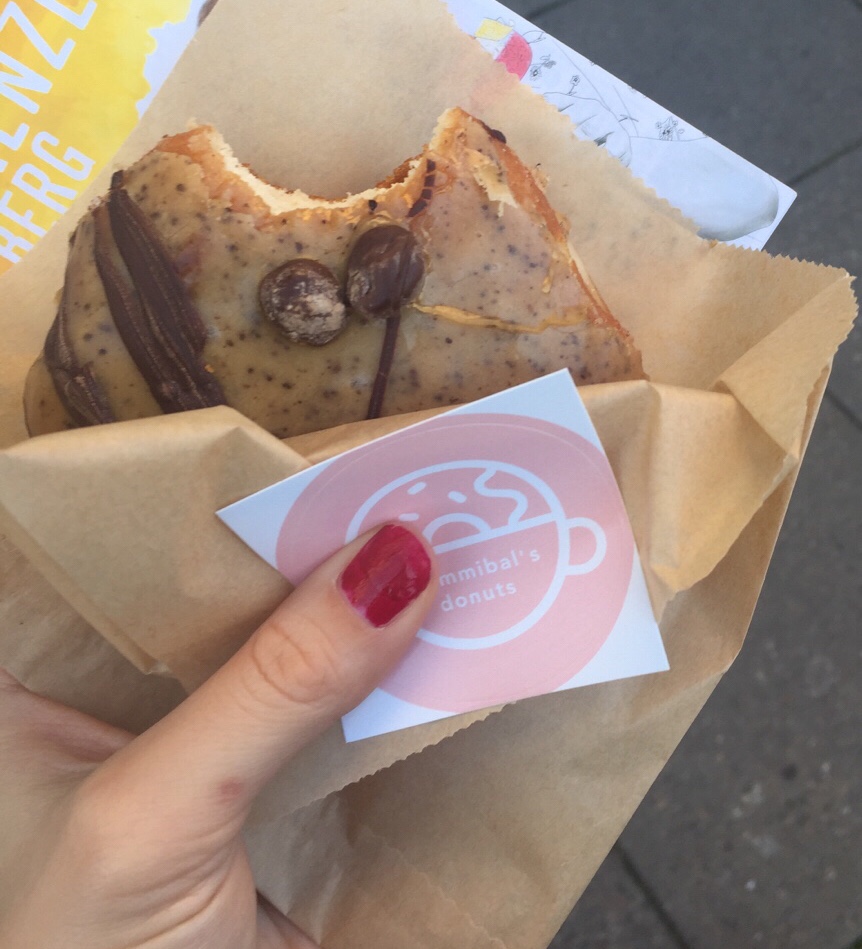 Zeit für Brot is the place where I had my first breakfast and coffee in Berlin. Smells of fresh bread, coffee and cinnamon. I wanted to move in. When in doubt, cinnamon buns and brownies are a good choice 📌Alte Schönhauser 4.

Ate most gelato from “Cuore di Vetro” (📌Max-Beer-Strasse 33), “Canal Artisanal” inside Hackeschen Höfe and many sorbets from Eismanufaktur Berlin (📌Auguststrasse 63).

Everything is temporary. Things will get better.

One thought on “Berlin Mitte”

This site uses Akismet to reduce spam. Learn how your comment data is processed.

Welcome! This website is a creative outlet and a visual digital journal for my stories where cities are the main character. Bucharest, Brussels, Berlin, Vienna, Stuttgart, Lisbon, Porto, Barcelona, Rome, Paris and more.

Don’t be a stranger